The opening of The Pre-Sequel begins some time after the events of Borderlands 2, and immediately after Episode 3 of the subsequent game Tales from the Borderlands, on the flying city of Sanctuary, where the three former Vault Hunters Lilith, Brick, and Mordecai interrogate the ex-Atlas assassin Athena after having captured her. Athena recounts her story, starting after the death of General Knoxx, when she received an offer to go find a Vault on Pandora's moon, Elpis, from a Hyperion programmer named Jack. She joins fellow Vault Hunters Claptrap, Nisha, Wilhelm, Timothy, and Aurelia on a spaceship headed for the Hyperion moon base Helios. On the way, they are ambushed by the Lost Legion, an army of former Dahl marines led by Colonel Tungsteena Zarpedon, and crash-land onto the moon base. After meeting up with Jack, they attempt to use Helios' defense system against the Lost Legion, but realizes there is a jamming signal coming from Elpis. They attempt to escape, but they are stopped by Zarpedon and a mysterious alien warrior, so Jack stays behind to fend them off and sends the Vault Hunters to Elpis via a moonshot rocket. After landing on Elpis, the Vault Hunters are helped by Janey Springs, a junk dealer who guides them to the spaceport town Concordia. Here, the Hunters, under Jack's orders, request help from his ex-girlfriend Moxxi to find the jamming signal. After raiding a former Dahl station, they find out that the signal was put up by the Meriff, the person in charge of Concordia, as well as Jack's former Hyperion underling. While this is happening, Zarpedon activates Helios' primary weapon, the Eye of Helios, which fires a powerful beam on the surface of Elpis, stating she plans to destroy the moon to stop Jack from opening the Vault. Jack confronts and kills the Meriff at his office. With Concordia secured, Jack and Moxxi guide the Vault Hunters to the next step in retaking Helios. They infiltrate a Lost Legion base, run by two Dahl officers, the Bosun and the Skipper, in search of a military artificial intelligence, which Jack plans to use to build a robot army. After defeating the Bosun, it is revealed that the Skipper, who renames herself Felicity, is the A.I. they were looking for. The Vault Hunters travel to a robot production facility, where Jack enlists the help of another Hyperion scientist named Gladstone to build his robot army. Gladstone suggests using his prototype robot, named the Constructor, which has the ability to build an infinite number of robots. At first, Felicity agrees to help them by becoming the A.I. for the Constructor, but upon witnessing the violence she has to go through, she begins to hesitate. After being forced into the Constructor bot, she takes control of it and battles the Vault Hunters. Felicity is defeated, and her personality is deleted from the Constructor bot. Having obtained his robot army, Jack and the Vault Hunters travel to Helios, while enlisting the aid of Moxxi and two former Vault Hunters, Roland and Lilith (who were on Elpis for a vacation). While on Helios, Jack ruthlessly kills Gladstone and the other scientists working for him after suspecting one of them to be a spy for the Lost Legion. The Vault Hunters defeat Zarpedon and her forces, and proceed to reboot the Eye of Helios. It is revealed that the Eye is actually the eye of the Destroyer, the monster that was released from Pandora's Vault in the first game, in which Jack took and made into a weapon. The Vault Hunters inject slag(Eridium runoff made by Hyperion) into the Eye, under Moxxi's directions. When attempting to reboot, Moxxi, Roland and Lilith betray Jack and destroy the Eye to prevent him from gaining ultimate power. Seeking revenge, Jack and the Vault Hunters travel back to Elpis, where they find its Vault having already been opened, as mentioned by Zarpedon before her death. The Hunters battle several of the Vault's guardians, and defeat its ultimate guardian, the Deva-like Empyrean Sentinel. With the Sentinel dead, Jack enters the Vault, but finds no item of value, other than a mysterious symbol floating in midair. As he interacts with it, the symbol shows Jack a vision of the Warrior. However, he is interrupted by Lilith, who phasewalks in front of him and punches through the Vault symbol, burning it onto Jack's face and disfiguring him. She teleports away, leaving a scarred and insane Jack behind, who swears vengeance on Lilith and all the "bandits" on Pandora, now intent on awakening the Warrior to take over the planet. Realizing that the hero who once saved her on Helios is no more, Athena leaves Jack's employ. Having finished listening to Athena's story, Lilith orders the Crimson Raiders to execute her, against Brick and Mordecai's protests. However, as they open fire on her, Athena is saved by the alien warrior who appeared on Helios with Zarpedon, revealed to be one of the legendary Eridians. The Eridian warns the Vault Hunters of an imminent war, and that they will need "all the Vault Hunters they can get". During the credits, several scenes are shown revealing what became of the Vault Hunters after helping Jack. Wilhelm and Nisha join Jack in his rise to power; Wilhelm is transformed further into a machine and destroys the settlement of New Haven while Nisha is made Lynchwood's sheriff and hooks up with Jack, who proceeds to raise an army, Athena discards the money given to her by Jack and leaves Elpis, and Claptrap is dismantled and left for dead by Jack at Windshear Waste. In a post-credit scene, Jack, now going by the name Handsome Jack and wearing a synthetic mask to hide his facial scarring, kills his CEO, Harold Tassiter, and announces to Tassiter's secretary on an intercom that he has replaced him as the new head of Hyperion. 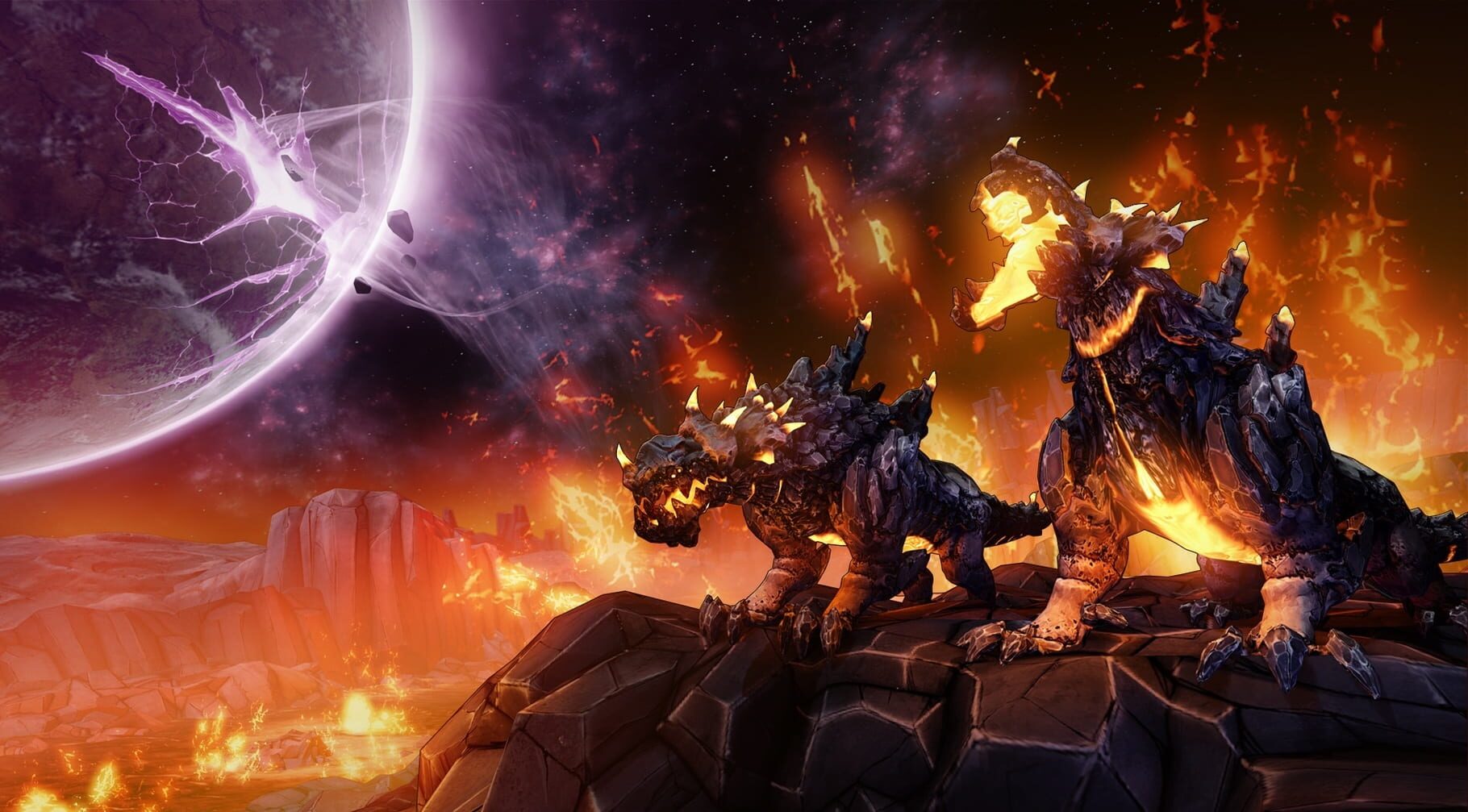 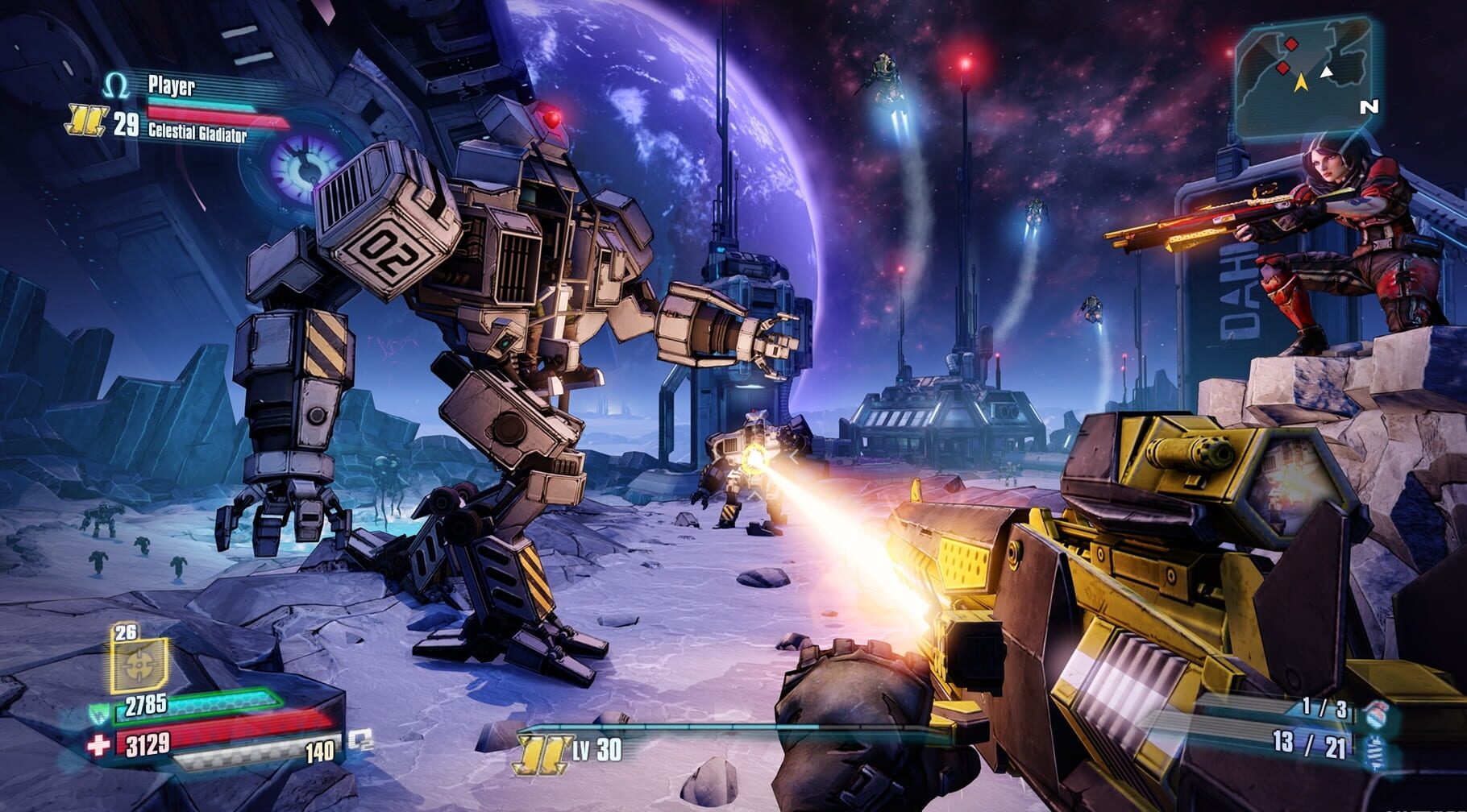 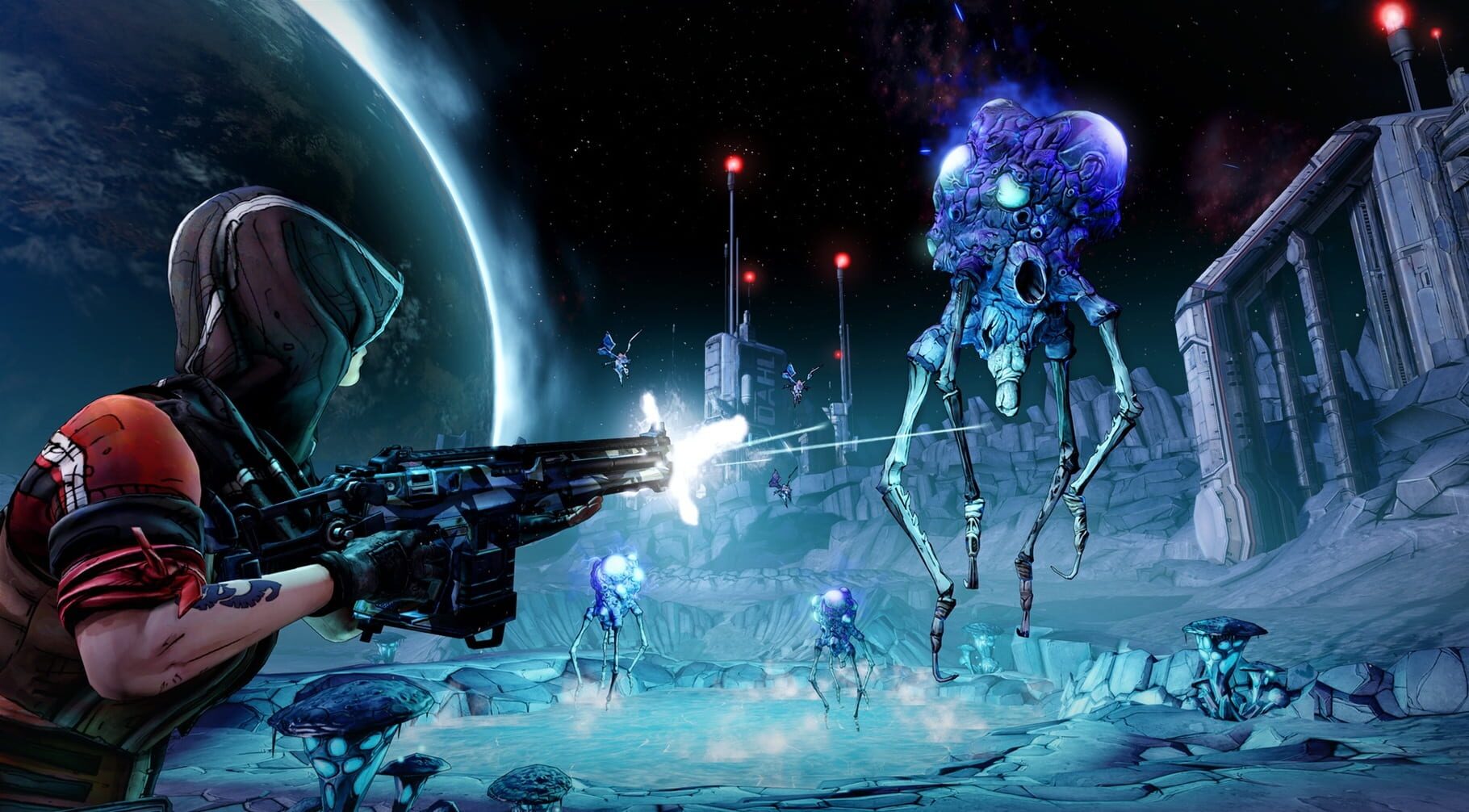 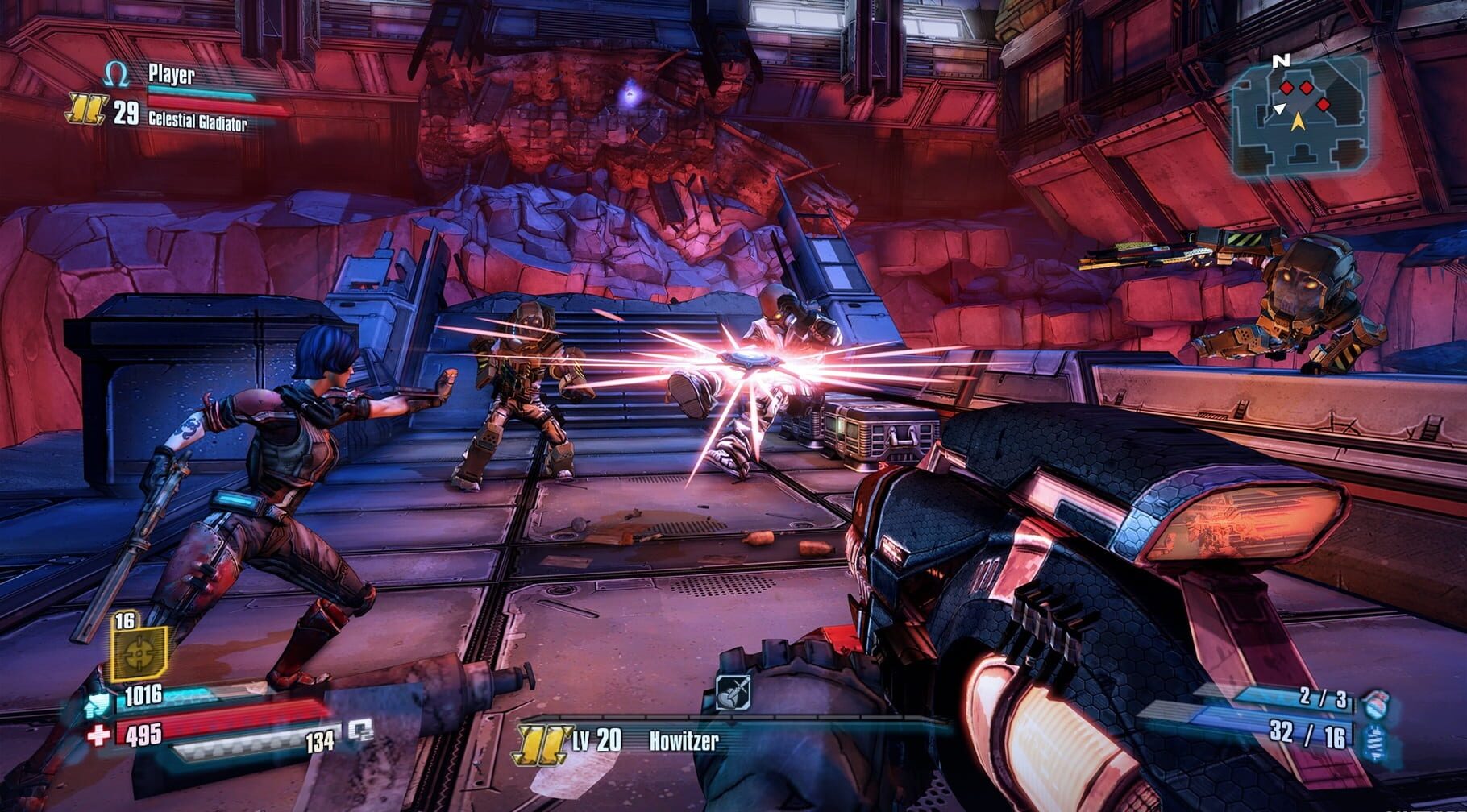 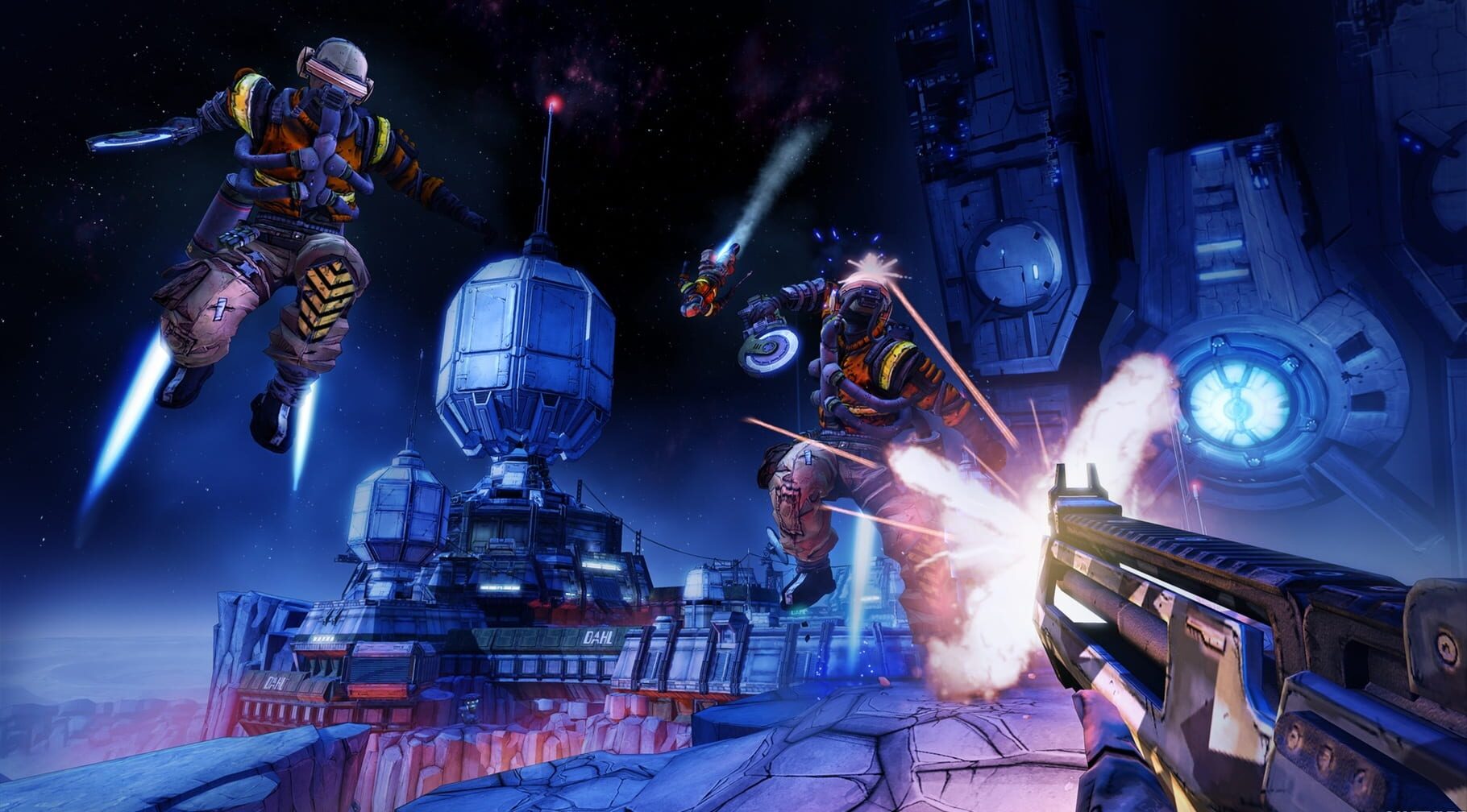 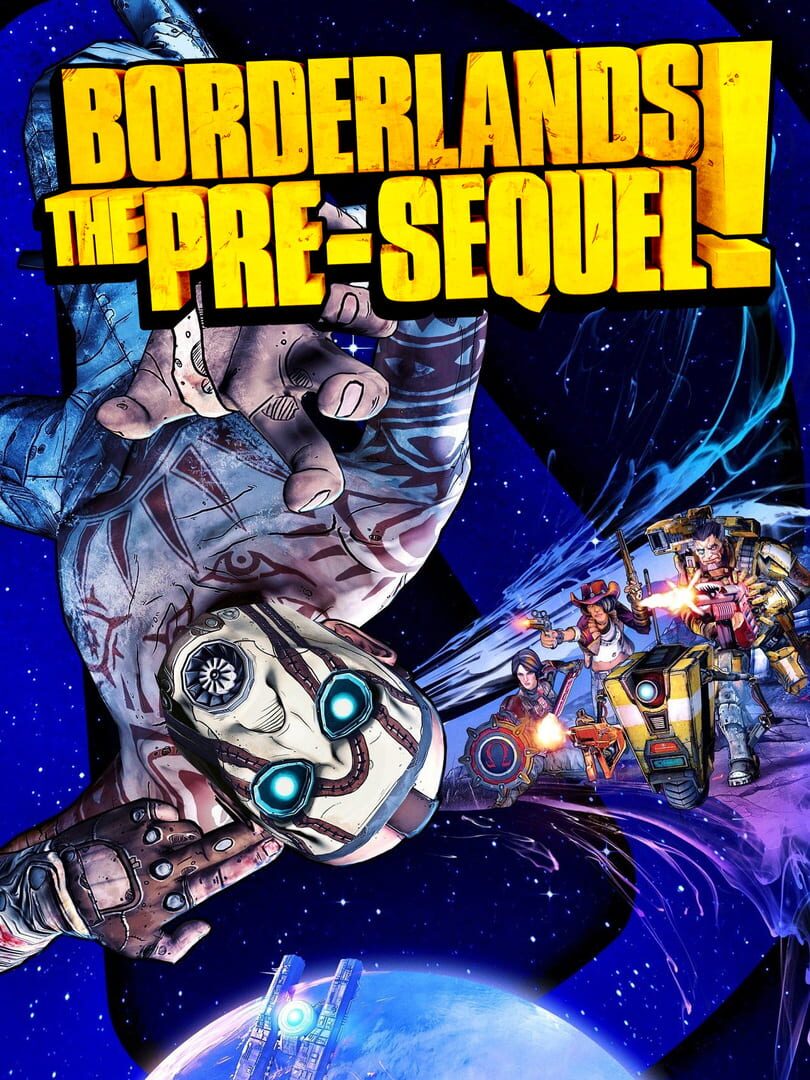 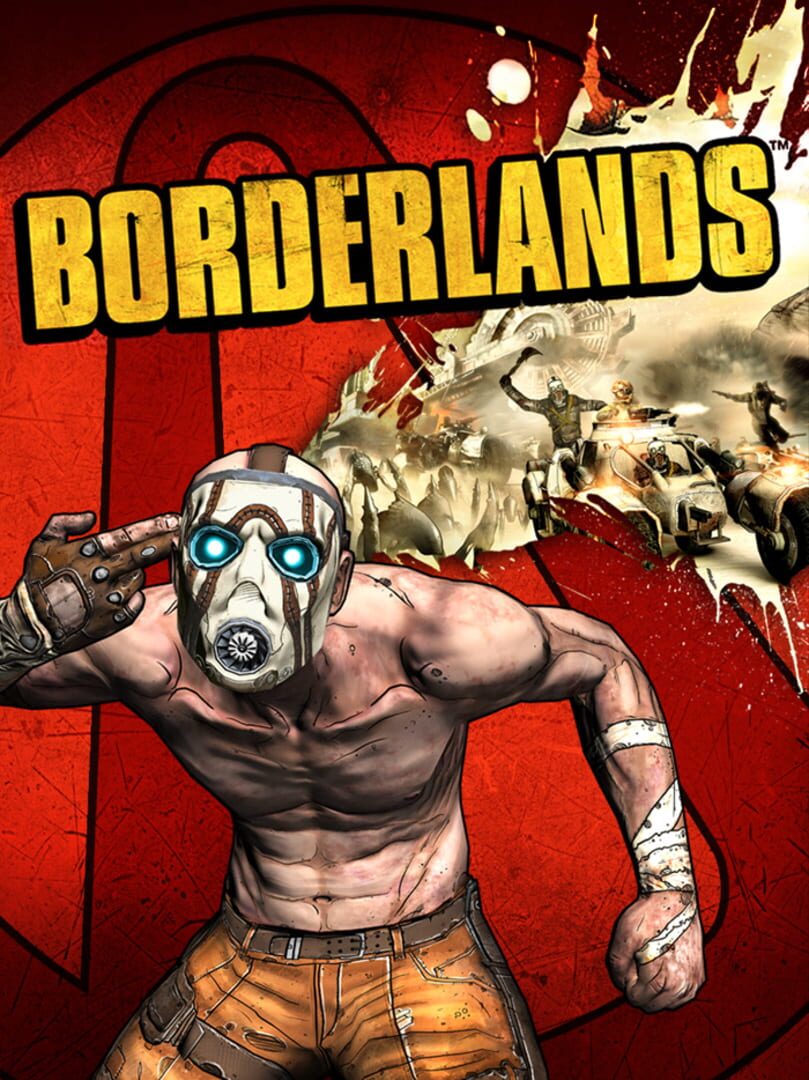 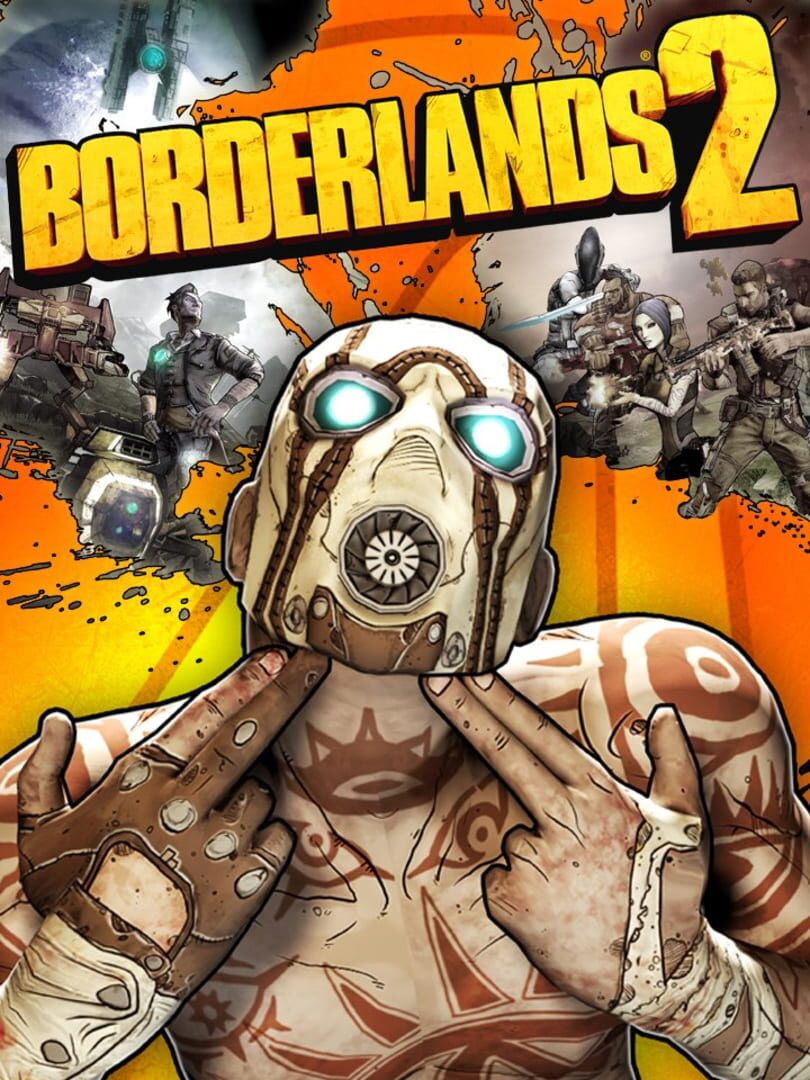 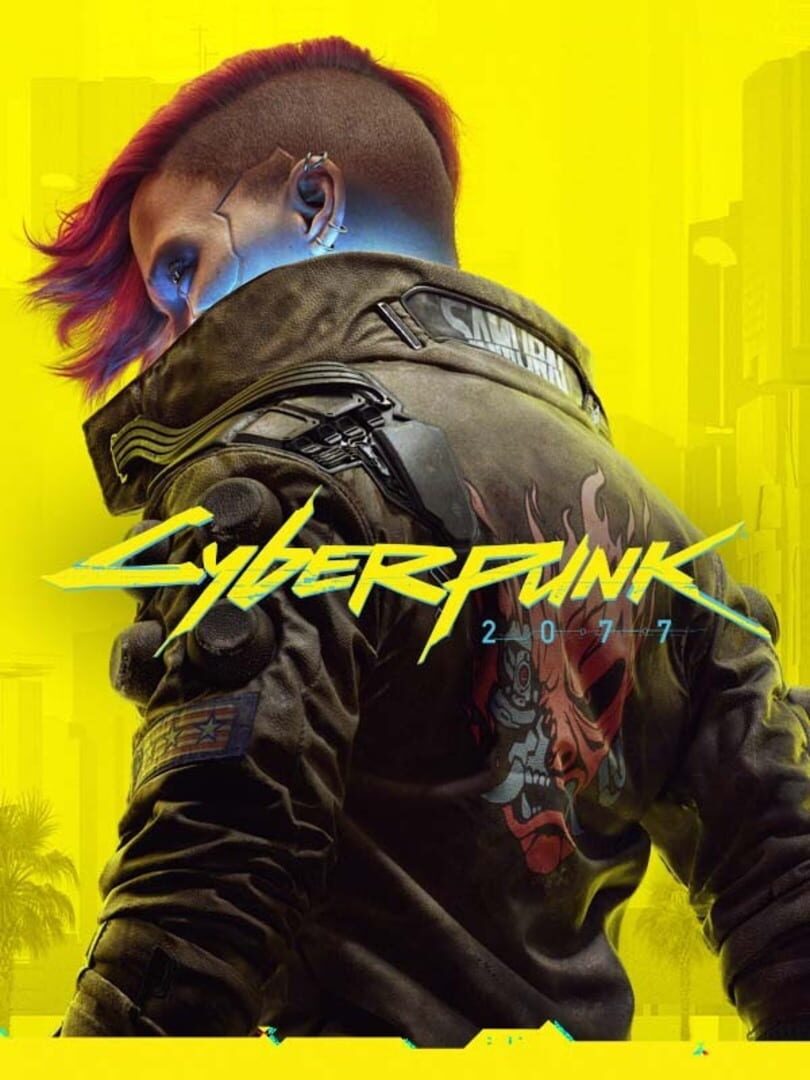 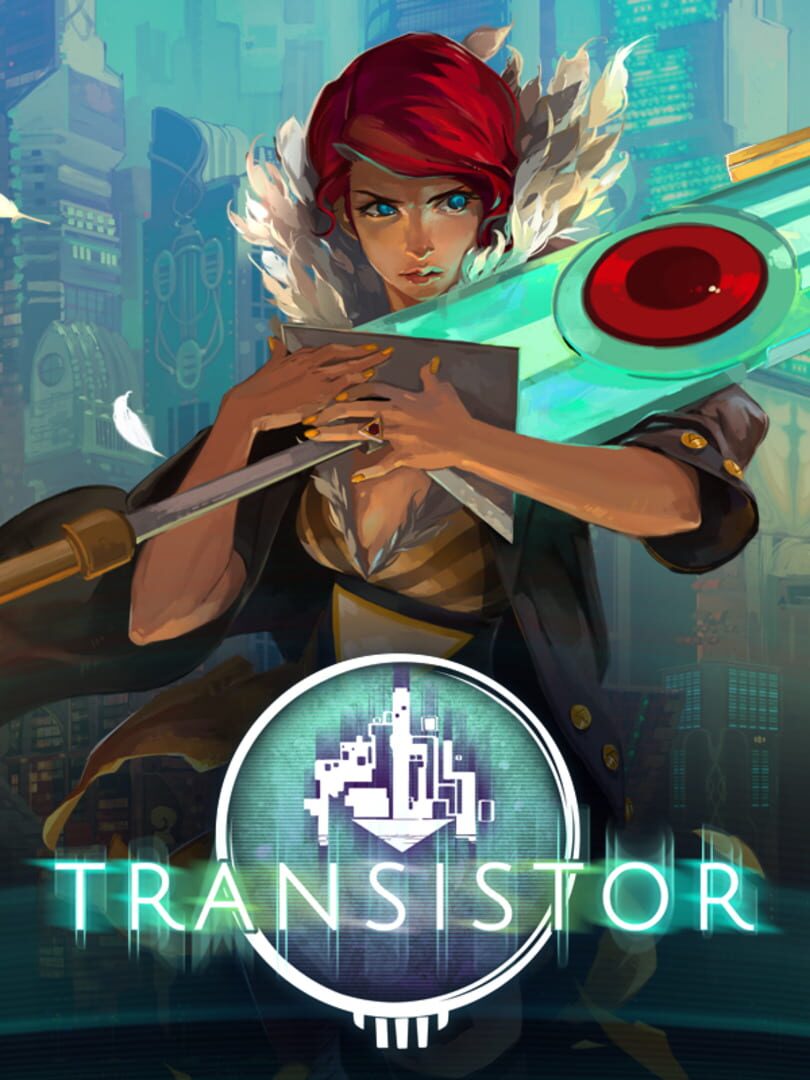 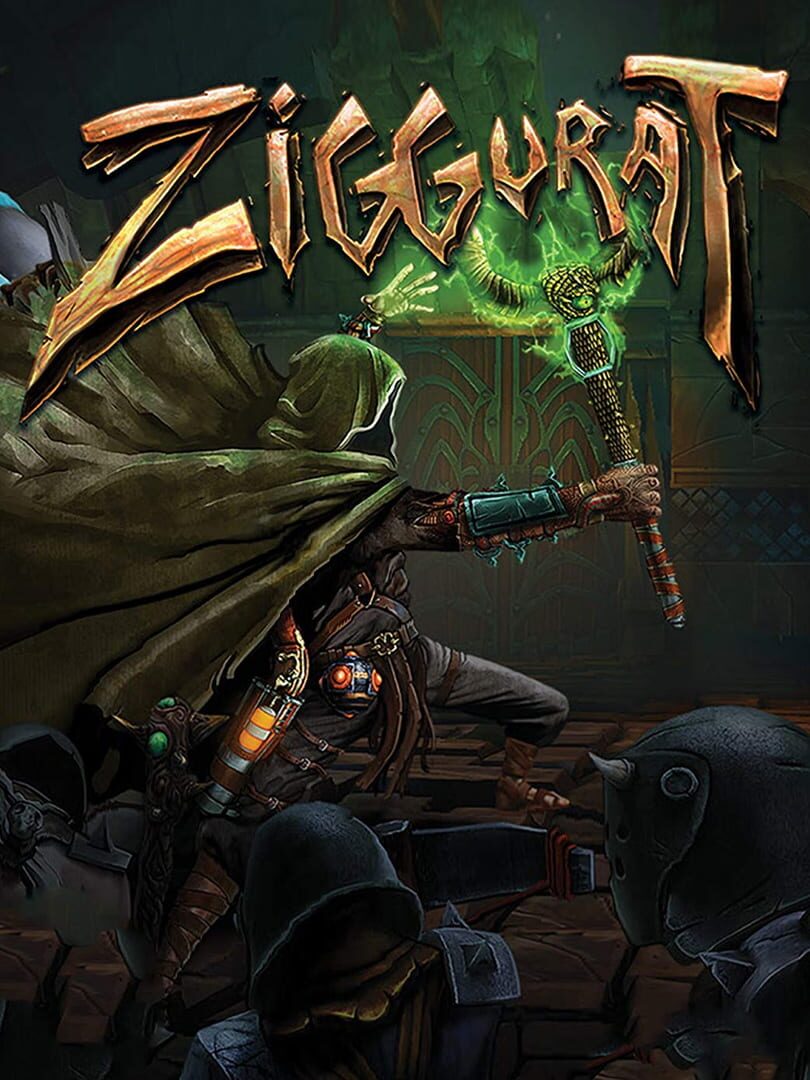 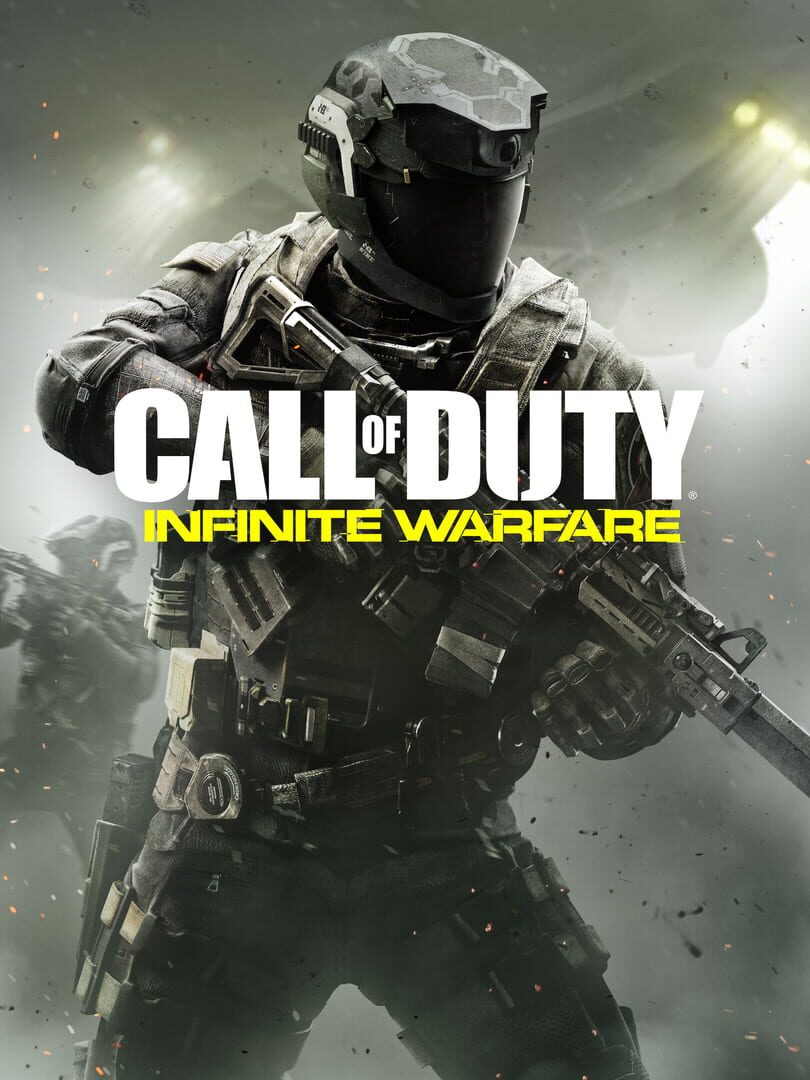